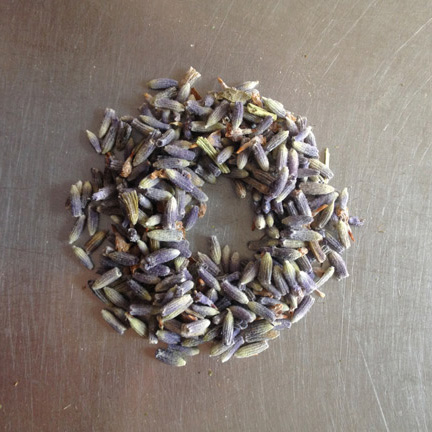 It is soooo hard for us NOT to add lavender to EVERY blend!

From the scent to the color and shape, its one of our favorite herbs to smoke, vape, bathe or drink. That is why CALM blend is such a favorite and SLEEP does its job!

The use of lavender goes back 2,500 years to the Egyptians, Phoenicians and the people of Arabia. They used lavender as a perfume and for mummification. In ancient Greece, lavender was used as a cure for everything from insomnia and aching backs to insanity. For the Romans, lavender cost 100 denarii per pound — equivalent to a full month’s wage for a farm laborer. It was used to scent the water in Roman baths and added dried lavender to their smoking mixtures.¹

Conclusions in antidepressant studies shows Lavender improves scopolamine-induced memory impairment and also reduced anxiety and depression-like behaviour in a dose-dependent manner.2 Another study shows lavender massage along with foot bath were found to be the most efficacious for anxiety treatment.3

We also noticed that for individuals that have migraine headaches, using CALM for a hot steamy bath or with a vape or pipe helps reduce the tension since the sinus and head cavity is inhaling the fume from the bath/vape/smoke that carries the benefits of the herbal blend.

Lavender, next to Hemp and Mugwort, has one of the highest terpene profile of plants we work with. The terpenes found in lavender are Beta-caryophyllene and Lavandulyl acetate along with:

Linalool: Many studies have showed that linalool exhibited a variety of pharmacological activities, including analgesic, anxiolytic, sedative, anti-inflammatory, anti-tumor and anti-bacterial effects.4

Nerolidol: a strong, woodsy scent, but can also be described as citrusy. Nerolidol is known for its sedative and relaxing effects, making it a good candidate for aiding sleep. It’s also known for having antioxidant, antifungal, anticancer, antimicrobial, and antiparasitic properties.5

OUR BLENDS WITH LAVENDER