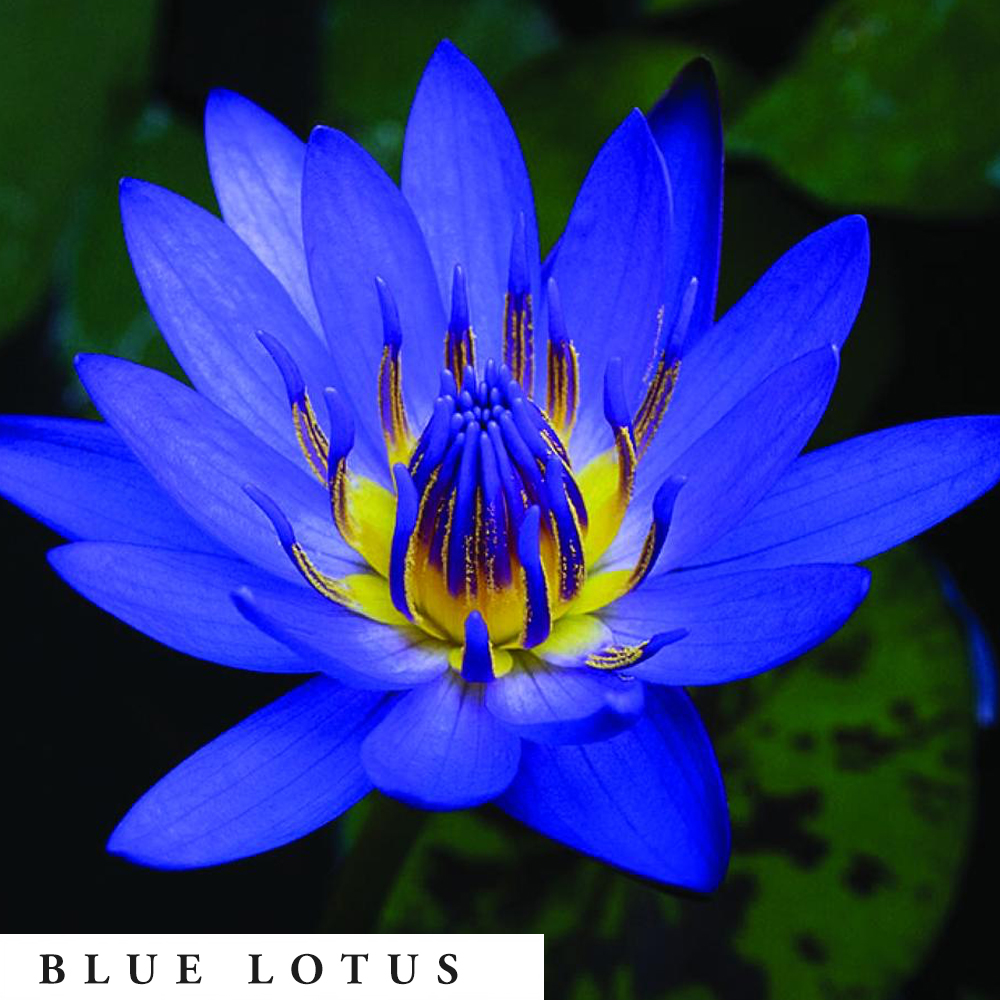 One of the most beautiful plants highly admire by all the ancients.

Blue lotus is a sight to see. No mud no lotus is a true testament to the polarities in this dimension. When sipped in a tea, used in a bath and especially smoked, its calming euphoria, aphrodisiac qualities, and sedation give you sense of peaceful relaxation. This plant originates from North and Central Africa, where it was found along the Nile River in Egypt

Both Egyptians and Mayans use all the different color Lotus as part of funerary ceremonies as well as to reach higher levels of consciousness. Ancient Greek and Roman priesthoods also included Blue Lotus in their spiritual practices and believed to be the plant that Lotophagi ate in “The Odyssey“.

In many religions, the Lotus represent symbols of eternal life, revival and reanimation. The sun-god Ra was born from a Blue Lotus, and in its glory flowers bloom from 8 am to noon. They are a symbol of the origins of life, but also represent the death and resurrection of Osiris. According to Buddist legend, Gautama Buddha‘s first steps made lotus flowers appear everywhere he stepped.1

While the ancients have been using Blue Lotus as a rejuvenating herb as shown thru their mythology, science catches up thru studies showing its high in antioxidants and contains antiaging agents that has beneficial effect to reduce symptoms like loss of elasticity, acne, pores, wrinkles, fine lines, blemishes, and so forth.2 Therefore this plant is highly prized for herbal baths and sipping as a tea.

The two main active substances in Blue Lotus that are responsible for the flower’s various effects are the alkaloids nuciferine and aporphine. Nuciferine, which is also found in the Lotus is thought to activate serotonin and dopamine receptors.3

Nerol and terpinolene are the main terpenes that can exhibit a sedative effect when consumed in a sufficient dose. This makes it effective in the treatment of conditions such as anxiety, insomnia, and panic attacks.3

Our Blends with Blue Lotus