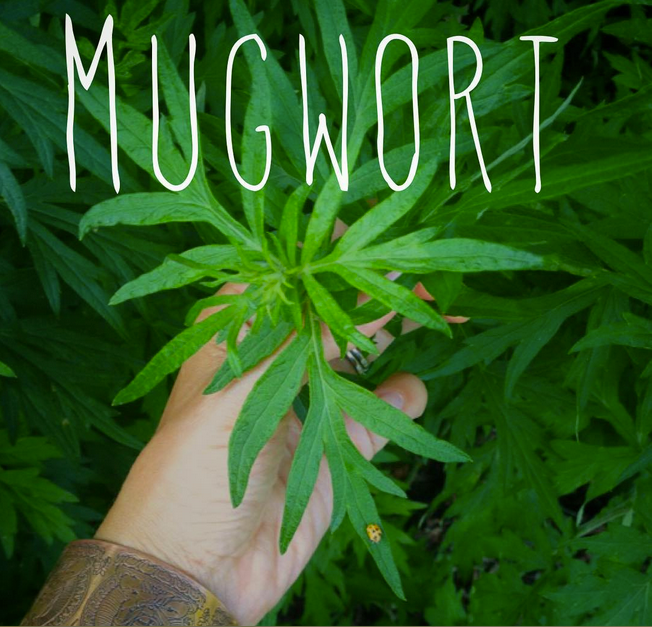 Mugwort is smoked by Witches to Sailors.

When Mugwort is smoked, her thick, white and low-odor smoke has a neutral and soothing smell. In delivering its medicinal properties to your head cavity, it can release headaches and increases lucid dreaming. Mugwort tea is great for digestion during painful menstruation. It can stimulate the digestion to treat colic, gas, diarrhea or constipation.

Mugwort grows almost everywhere around the world along roadways. This has given Mugwort the reputation of “protecting travelers”. Sailors are best known to smoke mugwort when they could not find tobacco which is why its also called Sailors Tobacco. Native Americans and Ancient Romans also believed Mugwort to be a protective herb.

The ancients did not have it wrong with the multiple uses of Mugwort. Mugwort is a plant with the highest amount of terpenes that are highly prized and researched in Cannabis strains.

A perfect example of ancient technology that has survived is Moxibustion.  Korean, Japanese and Chinese cultures have used it to prevent and cure diseases for at least 2,5000 years1. Moxibustion can dredge meridians and regulate qi-blood. The treatment involves rolling the leaves of the herb into a stick or cone. Igniting the stick and waving it over an area for treatment. According to Traditional Chinese Medicine (TCM), the healing properties of Mugwort are released when it is heated.

Mugwort stimulates menstruation and promote regular menstrual cycles due to its stimulant, emmenagogue and purgative properties. Therefore, Mugwort is not recommended for pregnant women. It is also an expectorant, antispasmodic and antibacterial. Not to mention a carminative, digestive, diaphoretic, and a cholagogue.

When you smoke Mugwort, it’s mild psychoactive properties produce sedation and euphoria . Clinical studies shows Mugwort affects the pineal gland due to the various psychoactive/psychotropic properties. Terpene compounds like thujones which also stimulate the heart and the central nervous system.² Other research suggests that the great diversity of sesquiterpene lactones prevalent in Artemisia is likely to be responsible for its hallucinogenic and aphrodisiac effects .

In affecting the pineal gland, Mugwort brings the gift of dreaming. It can bring us into the Spirit Realm but also bring us back into the Physical. So if your “spacey”, smoke mugwort to “ground” you (which is why we use it in MOON) and if you are in need of inspiration, it will help you take flight (used in SYNC).